Daily Cruises to Paxos and Antipaxos with the oldest wooden boat of Paxos.

Every day with our boat "Agios Sebastianos", we guide the tourists of the island to the lacy beaches of Antipaxos, but also the emerald caves of Paxos.

During the journey, the Captain recounts to his fellow travelers the fictions of Poseidon and Amphitrite, offering them fruit and nautical delicacies.

The boat was built in 1953 at Corfu . A few years later was bought at Paxos and worked as a cargo boat.

After the 60's, this boat became mainly tourist, and maintains it to this day. Thus it was characterized as a passenger tourist boat.

The "Sebastian", an 11-meter wooden masterpiece, was reconstructed in 2014, but remained authentic as it was. 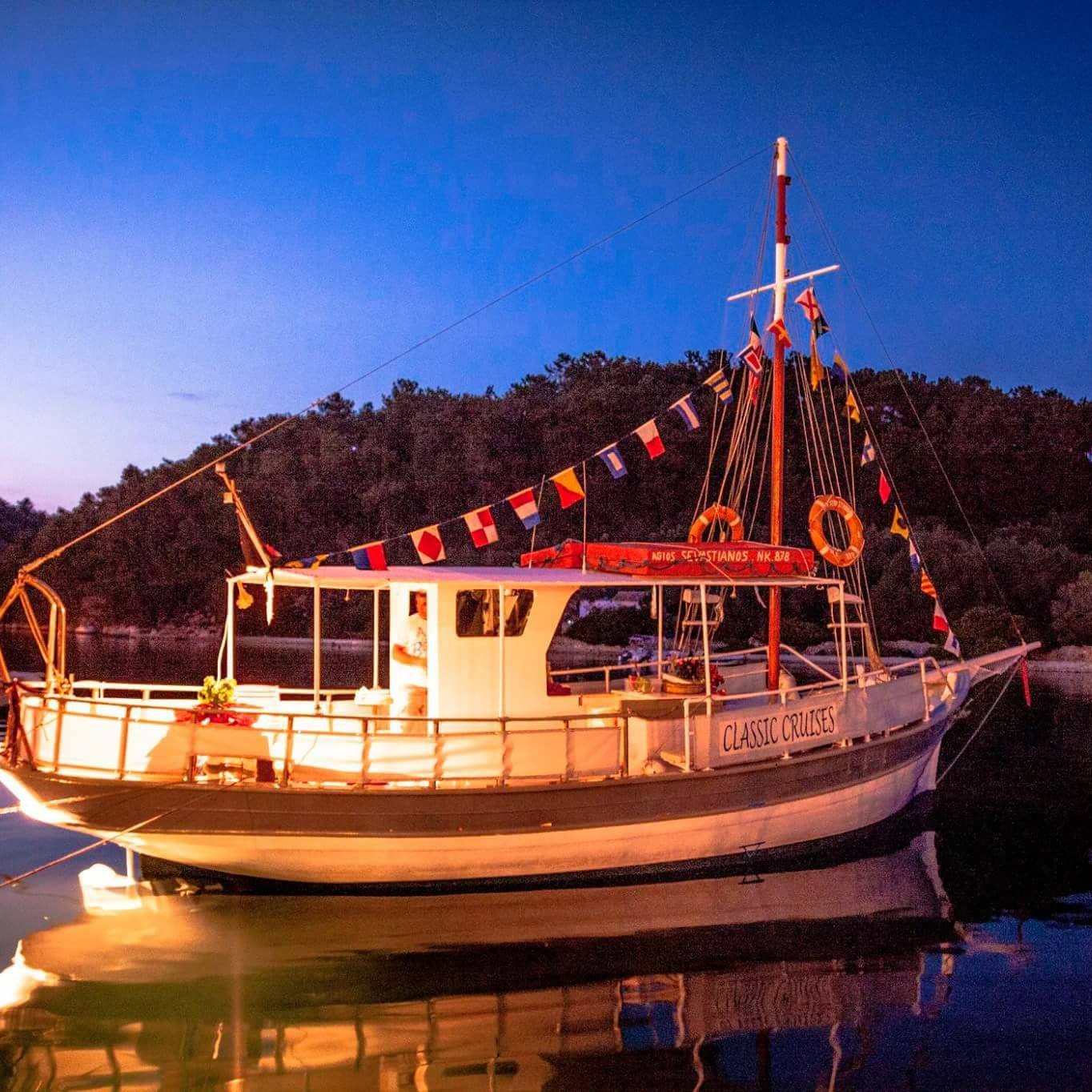 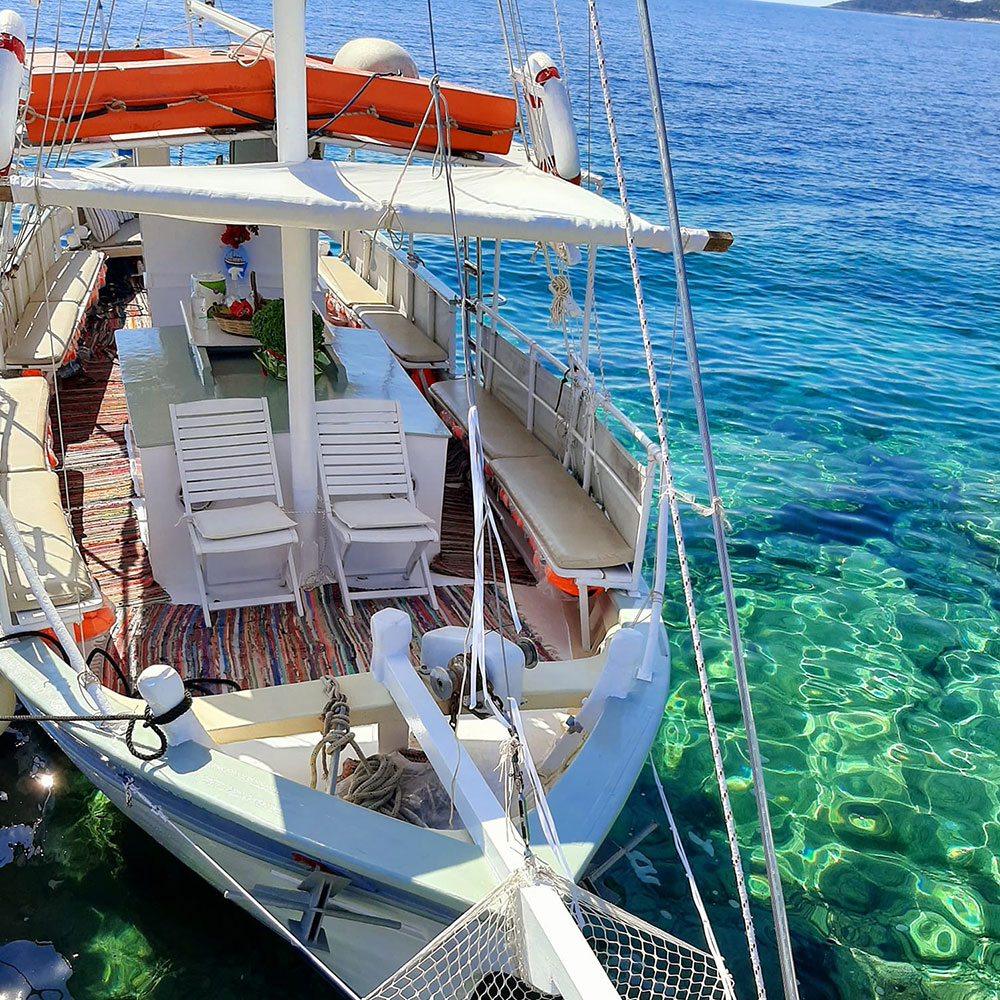 Every day tour of Paxos and Antipaxos. ( including picnic on board)
What we offer:

Read reviews of our guests 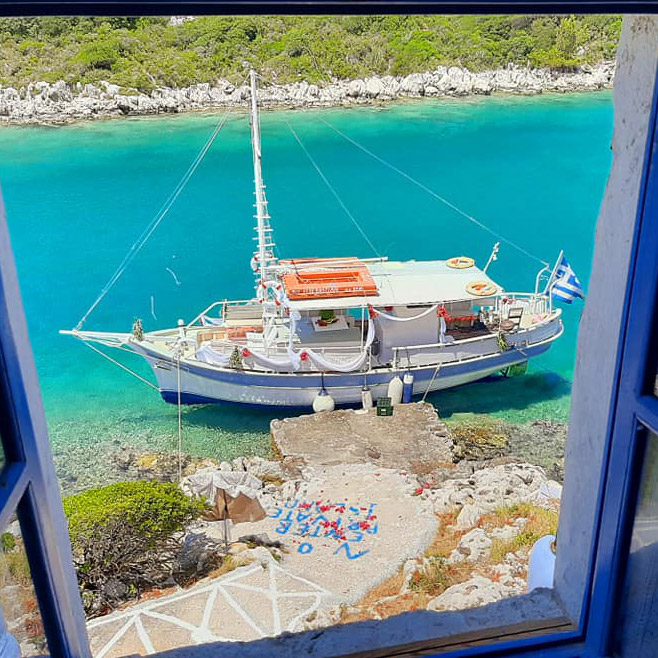 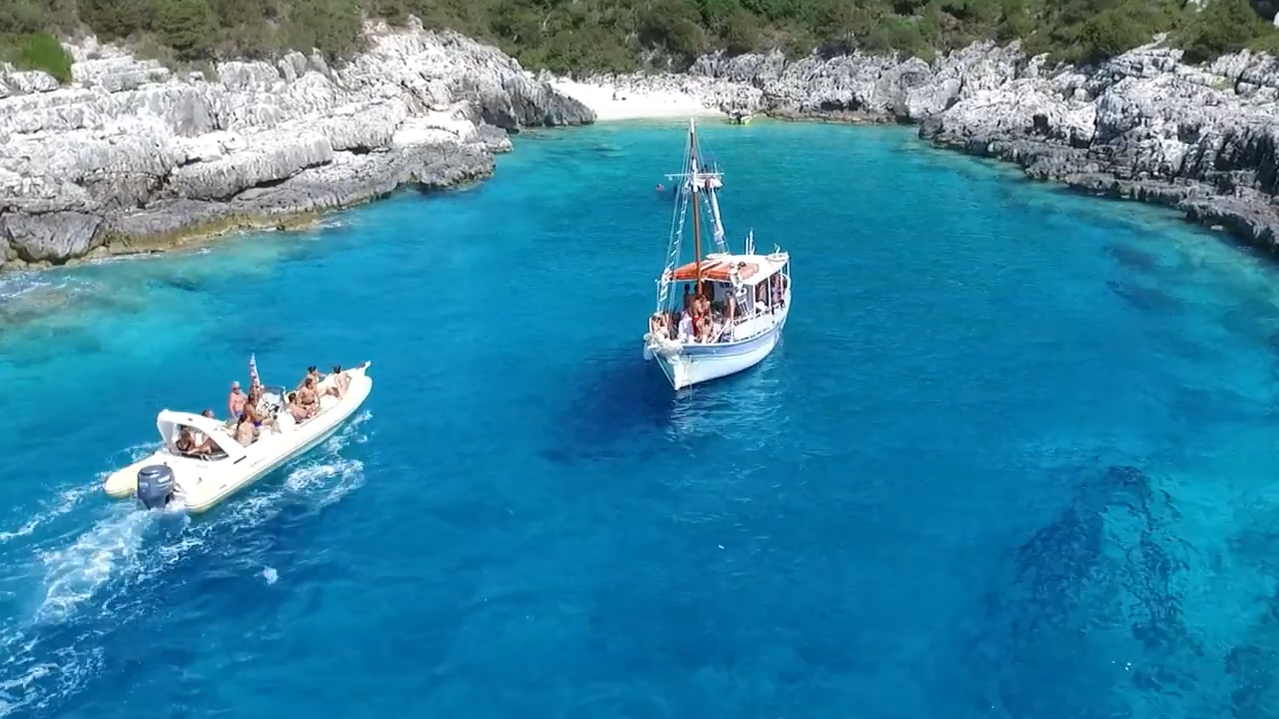